Anxiety is a state characterized by a feeling of fear not connected to a specific stimulus and is manifested by a hyperactivity of the autonomic nervous system. The emotions experienced in anxiety include fear, apprehension and worry and are often accompanied by physical sensations such as palpitations, chest pains, nausea.

Generalized anxiety disorder is characterized by lasting anxiety that is not due to a particular situation and is therefore called non-specific or fluctuating.

The American Psychiatric Association defines panic attack as a fear or discomfort that begins abruptly and peaks in 10 minutes or less.

Panic attacks generally occur after frightening experiences or prolonged stress. Often a panic attack (especially the first one) is confused with a heart attack and often, those affected end up in the emergency room. The most common complications of panic disorder are agoraphobia, claustrophobia, and hypochondria.

Phobias manifest themselves with a strong and irrational fear and avoidance of an object or situation.

The affected person is aware of the irrationality of his phobia, however the anxiety remains.

Phobia is distinguished from generalized anxiety disorder and panic disorder because in this case there is the specific stimulus that generates a strong fear response.

People who have a phobia recognize that their fears are excessive and unreasonable but are generally unable to control their anxiety.

Obsessive Compulsive Disorder is an anxiety disorder in which obsessions and / or compulsions are present.

Obsessions are distressing and repetitive thoughts that the individual with OCD knows to be meaningless.

Compulsions are repetitive actions that the person feels compelled to perform in order to relieve anxiety.

One of the most classic examples of obsessive-compulsive disorder is the need for extreme cleansing and the fear of contamination (obsession) which can lead to continual hand washing (compulsion). 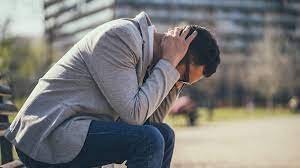 PTSD is a person’s possible response to a very critical event (earthquakes, fires, road accidents, sexual abuse, wars, etc.). Response that includes a noticeable increase in the level of anxiety, avoidance of stimuli associated with trauma and a weakening of emotional responsiveness. It is important to remember that most people, even if they experience potentially traumatic events, only experience emotional reactions that rarely turn into a real PTSD.