Panic Attack is essentially characterized by a precise period, during which there is the sudden onset of very intense fear (sometimes terror) and discomfort in the absence of real danger. The attack has a sudden onset and is accompanied by other symptoms (at least 4) including palpitations, sweating, tremors, chills, chest pains, choking, asphyxiation, nausea, dizziness, fear of going crazy, fear of dying, derealization, depersonalization, etc. The symptoms, mostly organic, resemble the early stages of a heart attack and are often accompanied by a sense of danger or imminent catastrophe and an urgency to get away.

It is not a codifiable disorder and therefore it is necessary to identify the specific diagnosis in which the attack occurs, for example, Panic Disorder without Agoraphobia (Frequent sudden panic attacks with continuous concern of their recurrence, consequences and significant attack-related behavior change).

In some cases the attacks seem to come “out of nowhere“, without apparent precipitating environmental or intrapsychic factors.The central point to explore is the type of conflict expressed through the panic attack.

In this regard it is useful to gather information on the circumstances of the onset (where he was, where he was going, what he was doing, with whom etc.), the reason why help is being asked right now; the level of impact on the overall functioning of the person.

It is important to analyze the question

To probe the subject’s motivation: often it is family members, stressed by the consequences of the disorder or in any case worried that push the subject to seek help, or a doctor.

Often, in fact, the first type of help that is sought is of a medical nature, given the somatic manifestations of the attacks, but when no organic causes are found, it is important that the help is of another nature.

It may not be easy for the subject to accept that he has a psychological problem rather than an organic one, therefore the motivation to undertake psychological counseling or psychotherapy is not always sufficient.

In particular significant losses, in the month preceding the onset of the disorder See also Panic attacks. Agoraphobia is not a codifiable disorder, so the specific disorder in which it occurs should be specified: Panic Disorder with Agoraphobia or Agoraphobia without a history of Panic Disorder. 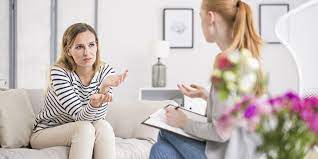 The attacks occur especially when the subject is away from home

It is essential to explore the conflict between dependence and independence, to ask who is the dominant other, on which the agoraphobic depends (bearing in mind that often the disorder could be a way to have control of oneself and the other, in fact it is linked to problems arising from the separation-individuation process) and explore the subject’s motivation to seek help.