Disruptive mood dysregulation disorder is a disorder that appears for the first time in the latest edition of the DSM. This disorder can be diagnosed in minors up to the age of eighteen. It is a disorder characterized by persistent irritability that leads to frequent outbursts of anger and aggression (at least three times a week). Characterizing element of the disorder is related to the feelings of irritability that persist between one anger crisis and another. Disruptive mood dysregulation disorder requires an onset between the ages of 6 and 10 in order to be diagnosed.

More than depression, we should talk about “depressions”, as in the DSM-5 we find several syndromes within the chapter on depressive disorders. When it comes to a depressive disorder, it is important to emphasize that not all changes in mood are to be considered pathological.

Everyone happens to experience, in some moments of their life, feelings such as sadness, discouragement, pessimism. Being sad is normal and part of life. But in a healthy person, these sensations are short-lived.

Persistent depressive disorder, formerly called “dysthymia” or “dysthymic disorder” is a disorder characterized by a chronic depressed mood, which occurs almost every day, for at least two years.

There may be periods in which the mood is “normal” but tend to last only a few days or a few weeks. 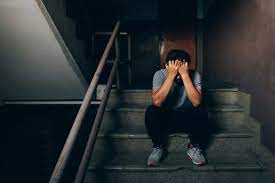 Premenstrule dysphoric disorder. After years of debate within the international scientific community, this new disorder has been included in the DSM-5. This disorder is diagnosed when at least 5 of the following symptoms are present in most pre-menstrual phases: