As mentioned, having a few sporadic panic attacks over the course of your life does not mean suffering from panic disorder, as already mentioned, there are situations or life events that sometimes justify having an anxious reaction.

However, in addition to differentiating and evaluating whether we have a so-called “healthy” (therefore justified by events) or “pathological” anxiety (which instead is excessive compared to what actually occurs and conditions the life of the person who will tend to develop “Avoidance” and / or “protective”), it is necessary to take into account that in reality the panic attack is a symptom of various psychological disorders and in particular of anxiety disorders.

What makes them characteristic of panic disorder is their manifestation

Which most of the time is not associated with specific stimuli or situations, that is, it is unexpected, “out of the blue“.

Panic attacks that are experienced only by coming into contact with specific objects or situations, on the other hand, are manifestations of other anxiety disorders, in particular Social Phobia, Specific Phobia or Post-traumatic Stress Disorder.

In social phobia, panic attacks are caused by social situations, in which the subject fears of being humiliated, mocked, judged negatively or of feeling embarrassed.

However, when one comes into contact with feared specific objects or situations (eg touching animals, taking the elevator, crossing bridges, seeing blood) are manifestations of the specific phobia.

Finally, in post-traumatic stress disorder, panic can be induced by stimuli that bring to mind the traumatic event at the origin of the disorder itself.

The age at which this disorder occurs for the first time varies greatly from person to person, but typically is between late adolescence and 35 years of age.
According to the studies carried out so far, it is not possible to trace a single cause of the disorder, but a number of risk factors have been identified that contribute to the onset of panic disorder, which appear to be:

hyperventilation, which consists in breathing faster and deeper than the body’s oxygen needs at a given moment (generally, the person who has the sensation of suffocating tends to breathe quickly, swallowing as much air as possible, in the otherwise idea of ​​suffocating);
genetic predisposition and familiarity, whereby first degree relatives would transmit the tendency to respond with anxiety to certain stimuli;

some studies show that in some people there is a psychological attitude to interpret as dangerous for their physical and / or mental integrity some signals that come from our body (such as, for example, the acceleration of the heartbeat, dizziness, nausea, etc.);

personality characteristics, essentially consisting of a sensitivity to anxiety-inducing stimuli, which manifests itself in particular with a catastrophic style of thinking. 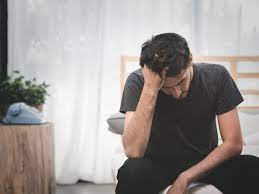 However, it is important to take into account that, regardless of the cause, once the panic attack has been experienced, the person is afraid that it may come back; at this point you are at the mercy of a “vicious circle” that is created, which consists in the fear and anxiety (“anticipatory anxiety”) that a panic attack may occur, this thought in turn generates anxiety, at this point, feeling anxious causes an increase in catastrophic interpretations, thus creating a condition in which if you start to feel anxiety, your “anxious” thoughts worsen and consequently you will tend to feel even more anxiety; thus a grueling “vicious circle” is triggered.